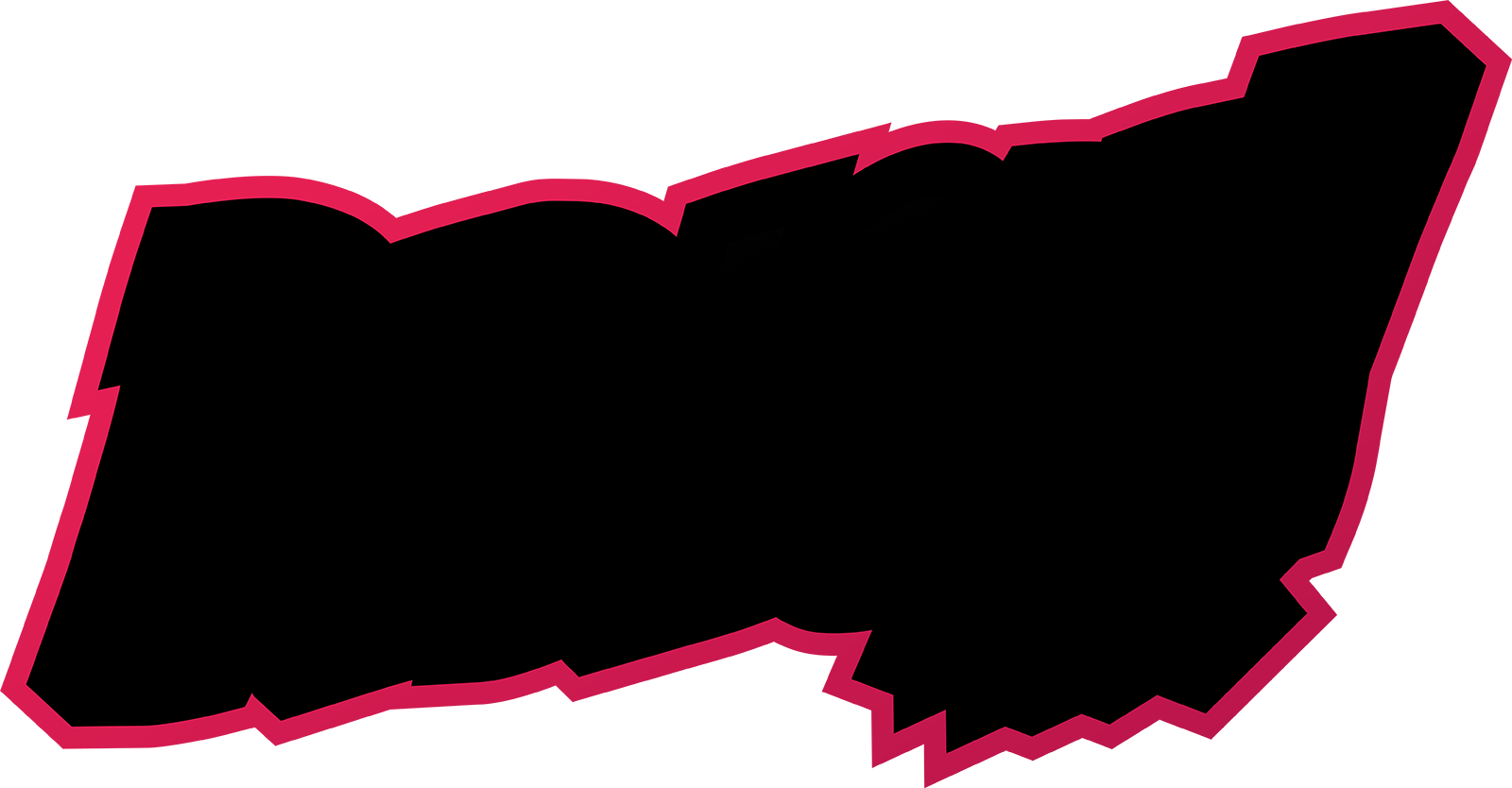 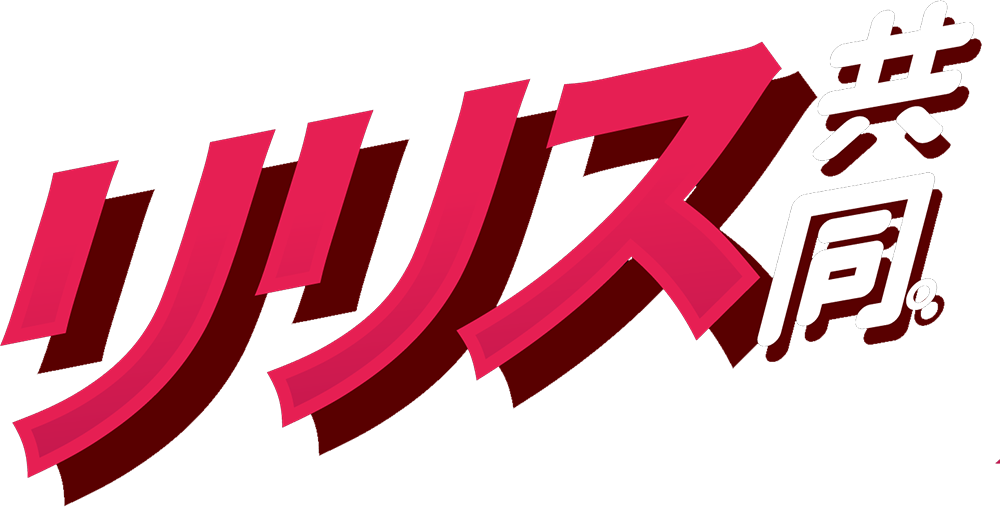 Discover the story behind Project Ririsu! 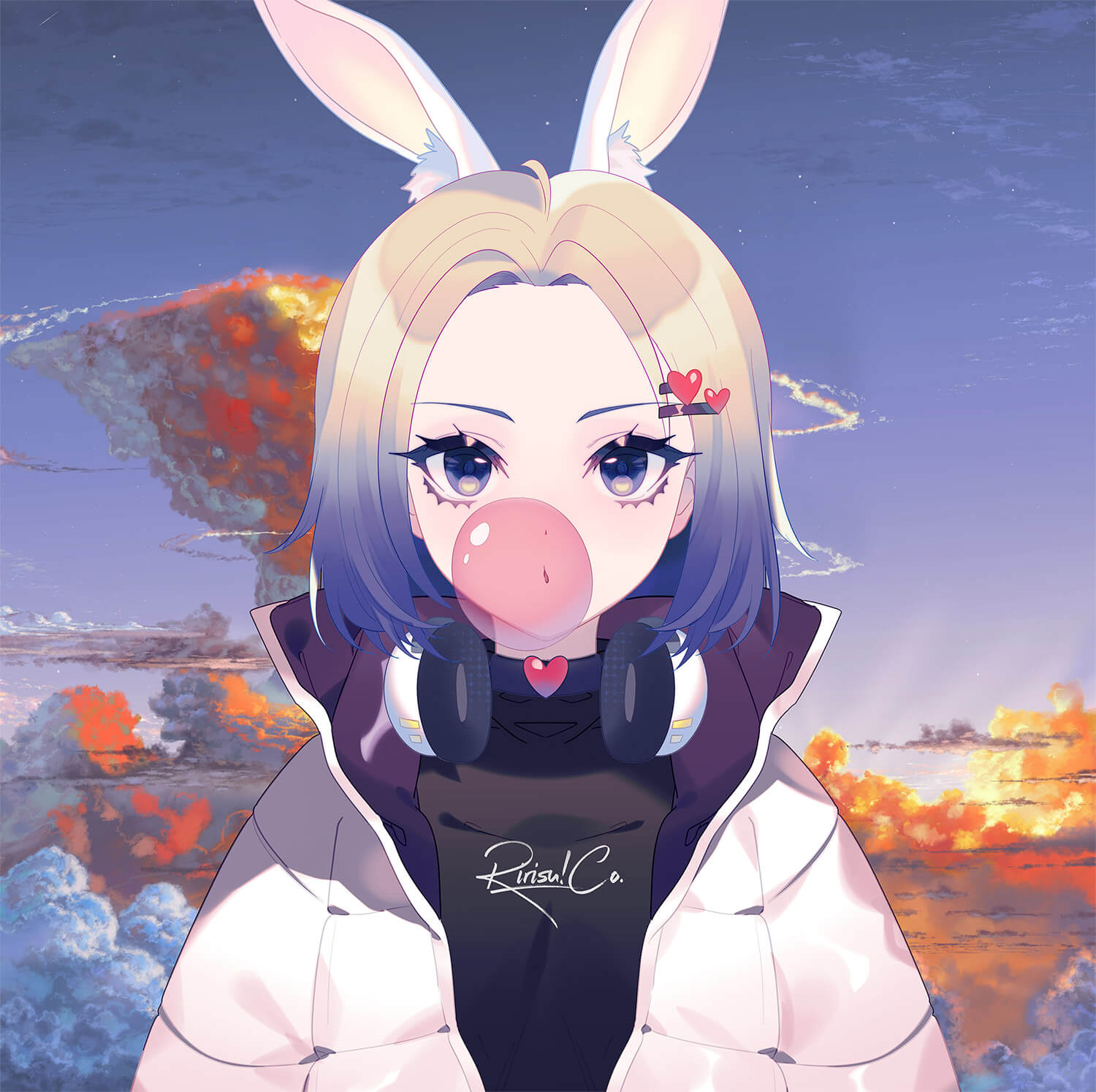 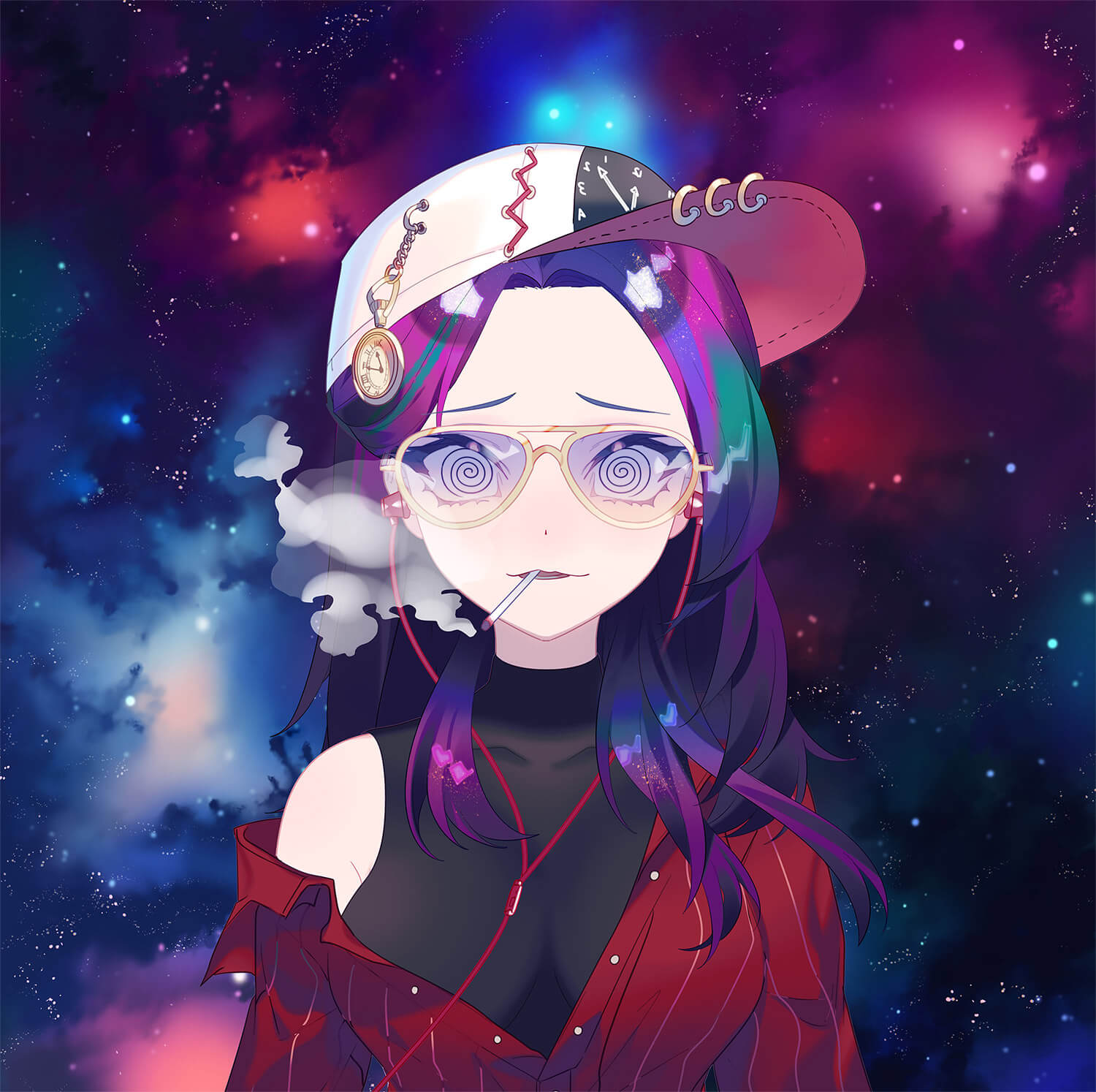 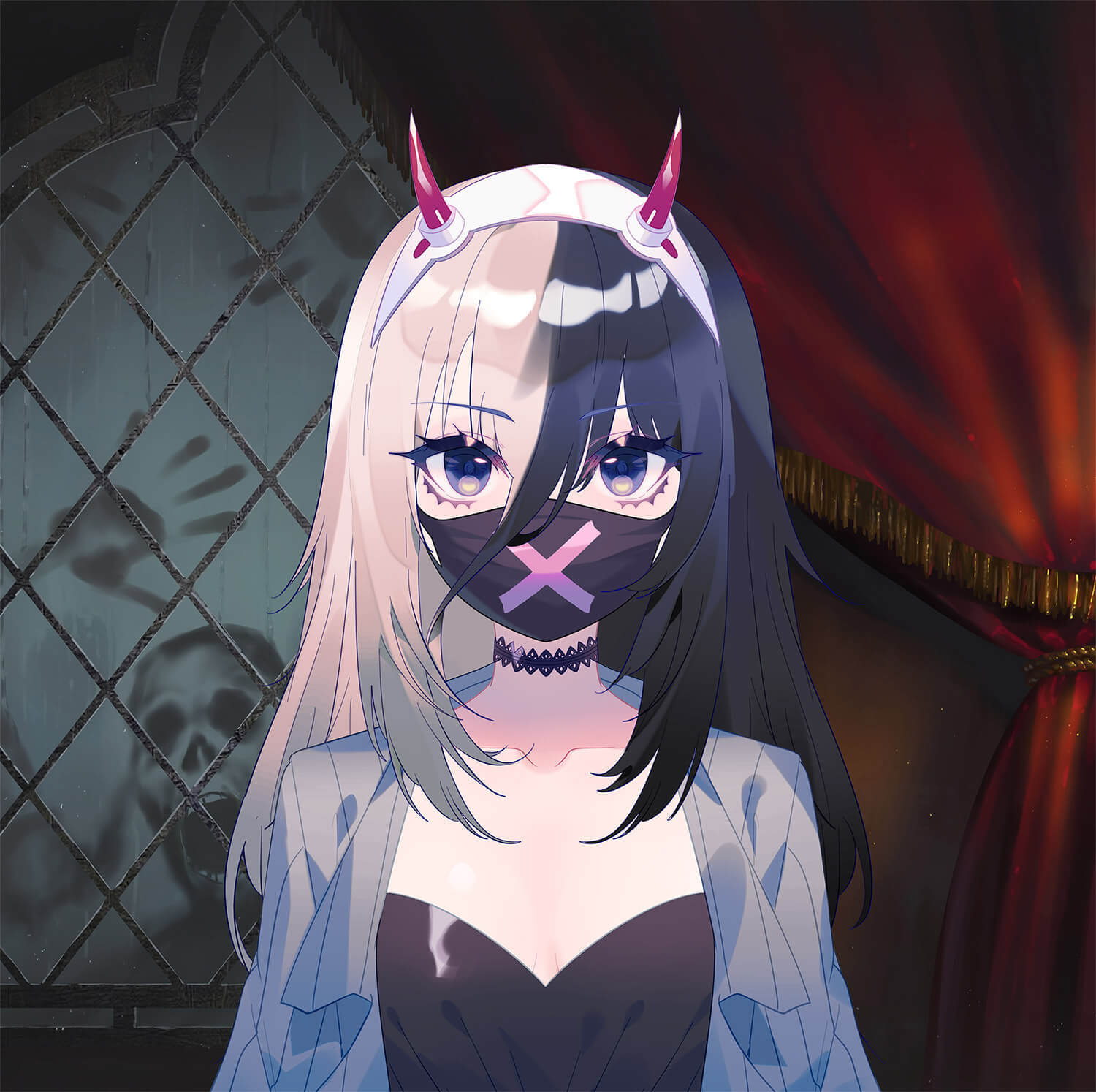 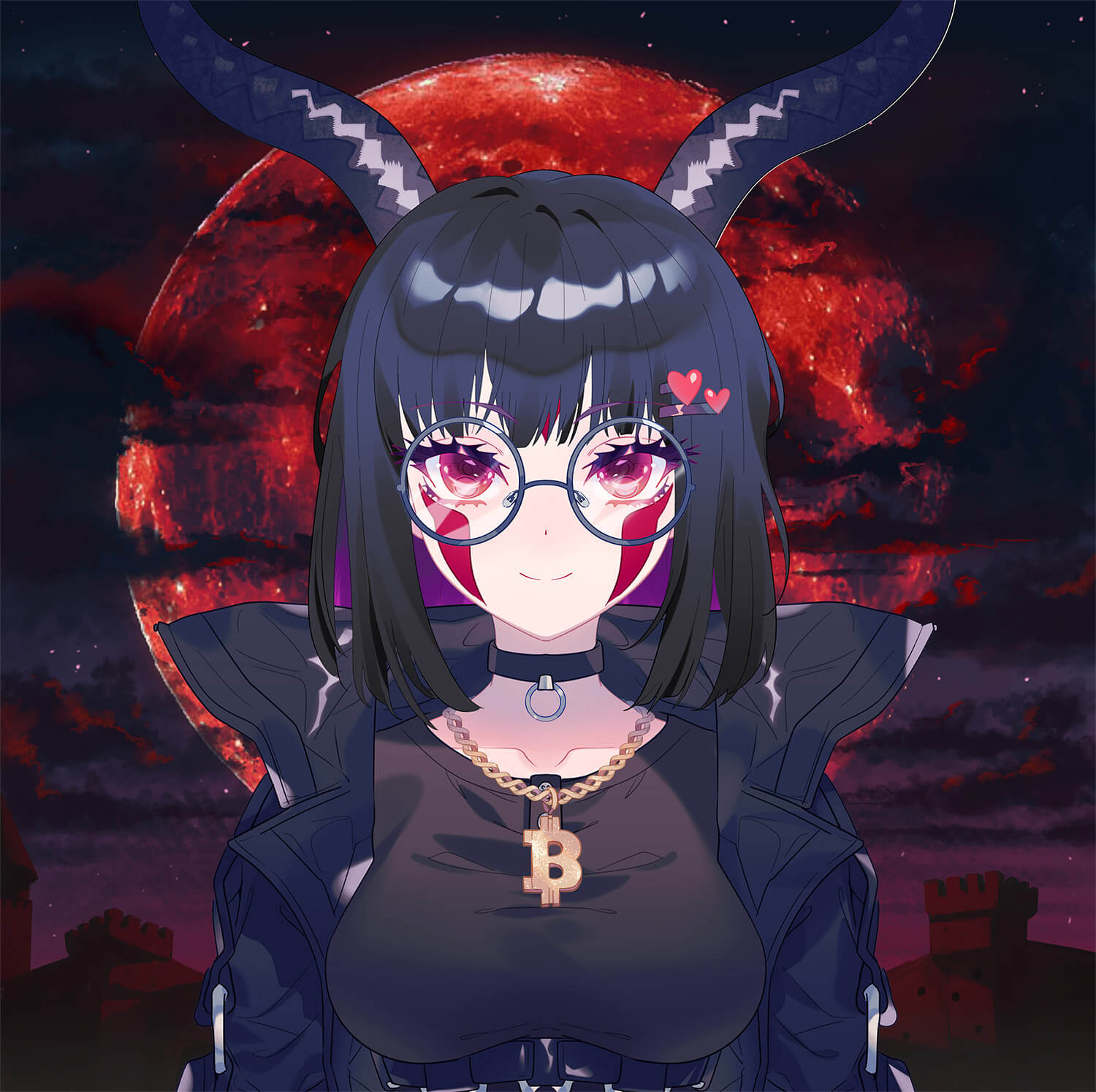 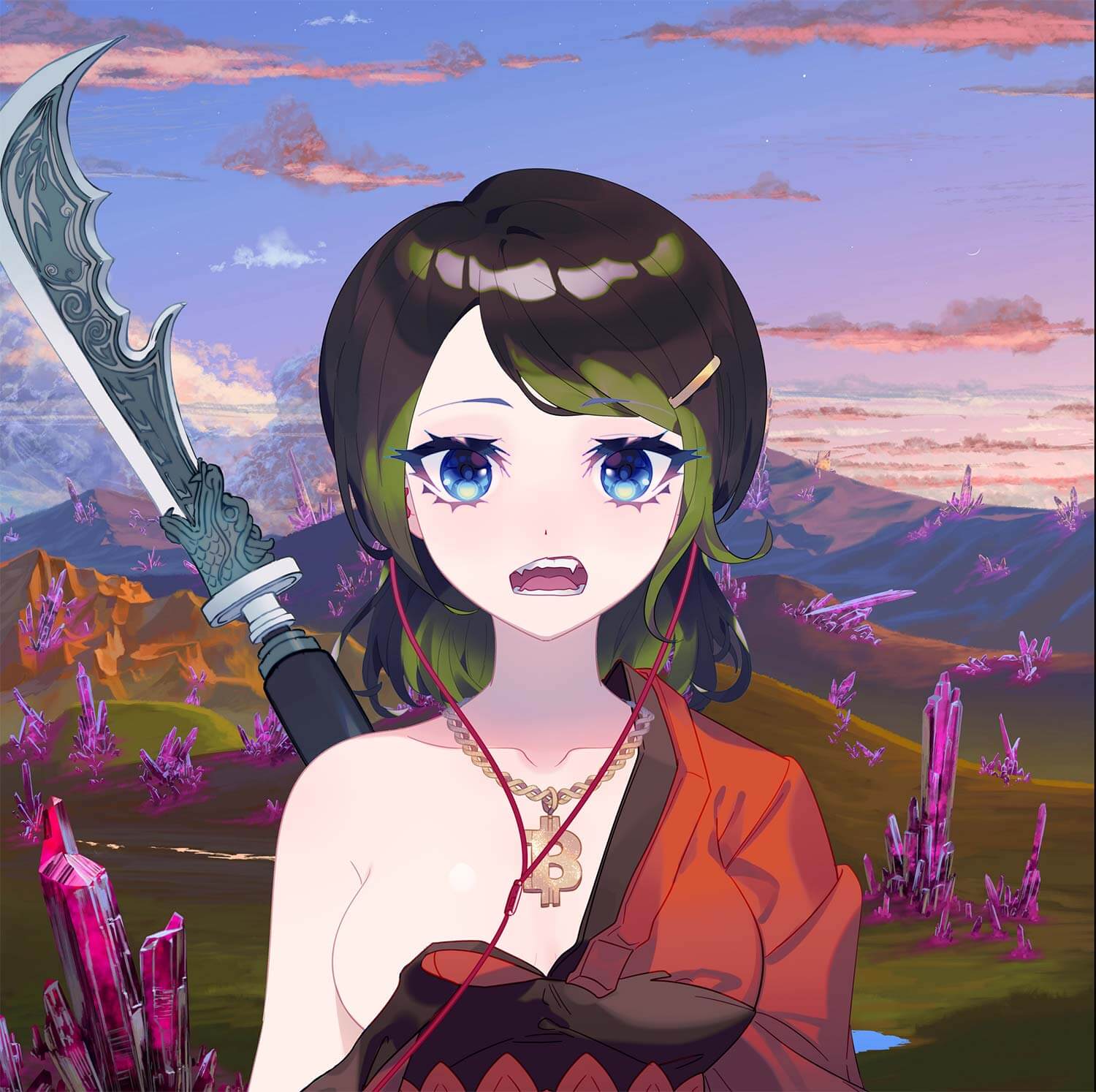 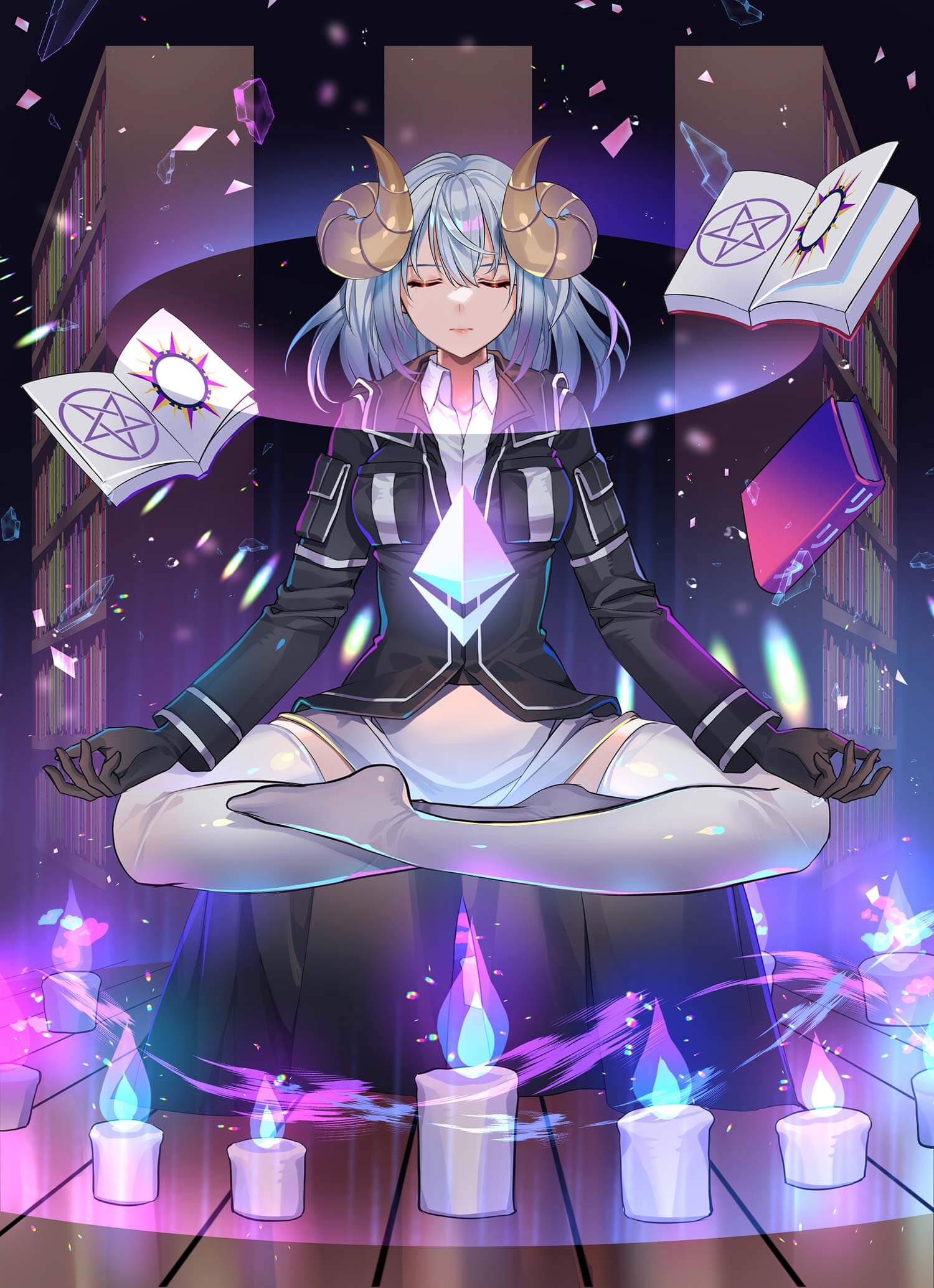 “This energy that flows through you is chaos. A pure form of corruption found only in those linked to the past. A paradox that makes you stronger. Contain it.”

The stone vibrated before Shizune as she began to meditate. It rose, floating, hovering there as it started to shine.

“Face it Shizune, if you want to find the others you need the strength to embrace your own chaos.”

Several books began to circle her, drawing arcane glyphs on the pages. Flicking through the drawings, they started to repeat a pattern. Each candle beneath Shizune lit up in a purple hue.

“Focus Shizune. Call out to them as you embrace your chaos. These are your sisters, the other anchors. Embrace them, and embrace yourself.”

With a sudden stop the books closed, falling to the ground as each candle blew out.

“You’ll need the strength for what’s to come.” 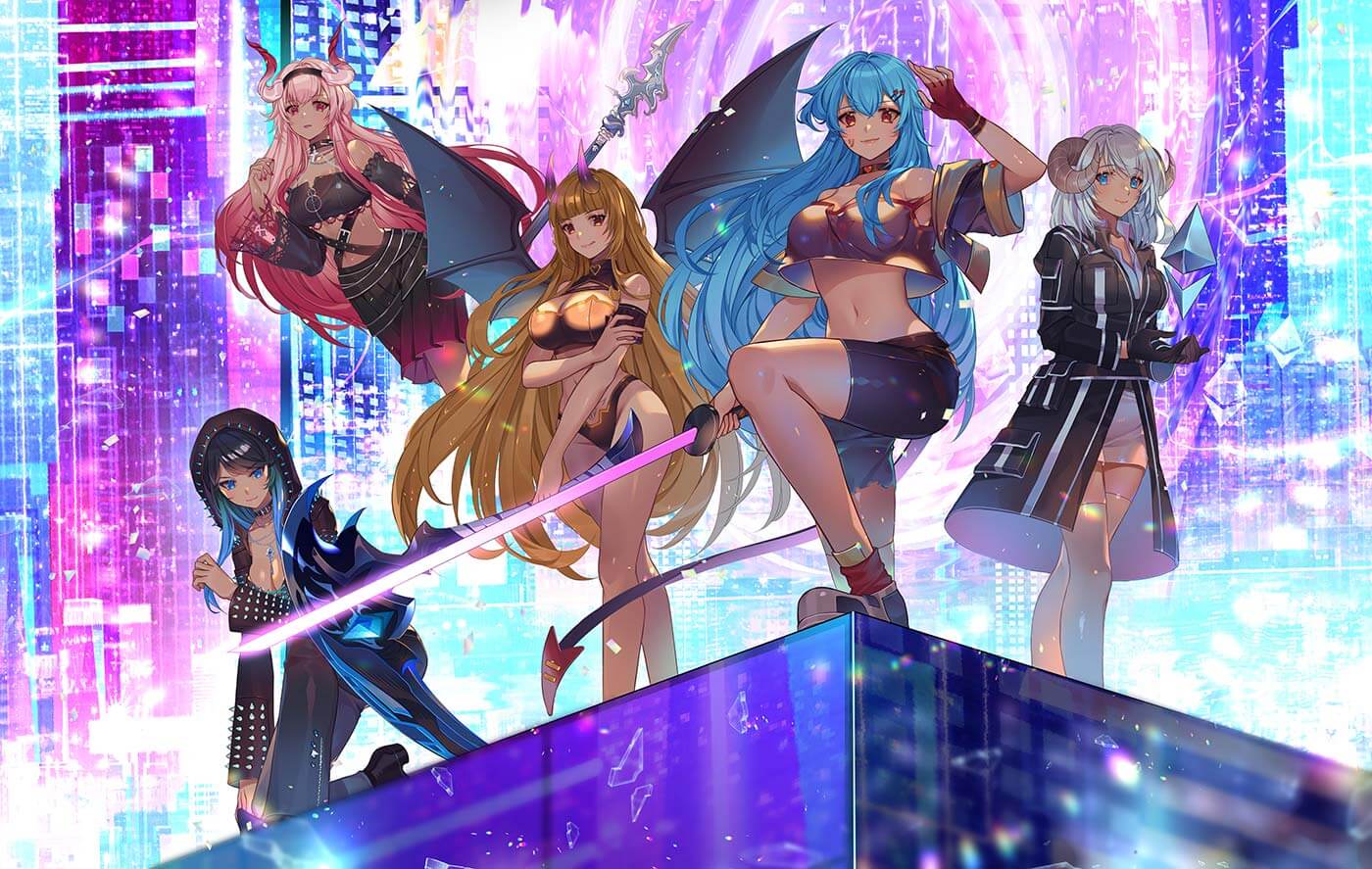 “Now that we’re all together, what’s next?”

“Well, it was Shizune that knew we all needed to come together, that the anchors needed to be united. So, Shizu, where to?”

As the stone levitated out of her pocket, Shizune began, “We … have to go to them.”

“Go to THEM? Are you mad? Why on Earth would we ever go TO THEM?”

“Riri… It’s the only way. Nightmares aside, we need to defeat them before we lose everything we have here. It… it’s our best… our only chance.”

“Our only chance according to who? We can face them here, especially if we get all the fallen together. We’ll be thousands against one appearing at a time.”

“Thousands spread across an entire planet. And they won’t be coming through one at a time thanks to… us.”

“She’s right, Ririsu, it’s our duty as warriors to fight this battle. My father always told me to act, not react in battle. We’ll have the best chance if we strike before the demons.”

“Why didn’t I see this coming, always something in our way, Portunus. Guess we’ll just have to go through them.”

A bright flash closed behind Melodie as she finished her sentence, the rest of her friends joining her.

“Guess we’ll just have to go through them.”

With this said, Lucine readied her scythe.

“Please try not to kill them, they may be military and attack us but they’re only trying to… protect themselves.”

Placing a hand on her friend’s shoulder, Ririsu nodded before drawing her own blade to block a bullet that flew astray.

“We’ll be careful. You and Melodie find the portal while we get rid of the husks before they kill those guys.”

“Well, beats hitting people on the head with a large key I wager. Come on, let's crawl around to the side of that building. Porty says it’s at the top.”

After several minutes of fighting, Lucine joined up with Melodie and Shizune, her wings flapping gently as she overed before stepping onto the roof. “Now that was fun!”

“Did you at least leave them alive?”

“For the time being, they are. The husks, however, are dead dear.”

“Taking the stairs. Neither of them can fly, even if Lucia’s ability to fight off the ground is amazing.”

“If I left the portal open, we’d have been drowning in husks up here too.”

With a small turn, the roof’s door opened as Ririsu and Lucia walked out.

“Why ~huff~ did we ~huff~ have to climb to the top of a thirty ~huff~ floored building again?”

Ririsu asked towards Melodie, wiping away the sweat on her forehead.

“Lucky you Lucine, not all of us have wings. Though, I was most curious about running up the building. Ririsu was less inclined and suggested I join her on the stairs.”

Melodie pointed her empty hand towards the swirling purple haze, hovering slightly above the roof.

“And you’re sure about this? We’re not going to end up in some weird or wonky place?”

Ririsu looked at her friend with uncertainty, eying her expression for any hint of a joke.

“I think so, at least that's what Portunus is telling me. But… the portal needs to be unlocked before we enter it.”

“Shizune, you’re certain that your stone’s right when it says we need to go into the demon dimension? Would it really be so bad just waiting here for them to arrive?”

“Unfortunately so. There’s no other way but to take the battle to them. Besides, we should find a tool to combat the demons as we travel to their realm.”

Shizune gently clasped her stone as it pulsated a faint blue hue.

“The key creates a path Lucine, it takes time before we’ll be there. Why do you think we had to climb to the top of this building?.”

The group's quarrel died down, standing atop a building, wind blistering their faces, the five breathed in deeply as they took a final gaze across their world. A world they’re unlikely to see again any time soon.

“Guess it's time, is everyone ready?

With a final sigh, everyone nodded as Melodie began turning her key. Three quarters clockwise, a thrust left, and two rotations against time. The final twist hissing a rapture into existence, the purple hue of the world began to swirl and accumulate.

Hand in hand, each girl  closed their eyes as they stepped through the twisting void, passing through their reality and into the unknown. 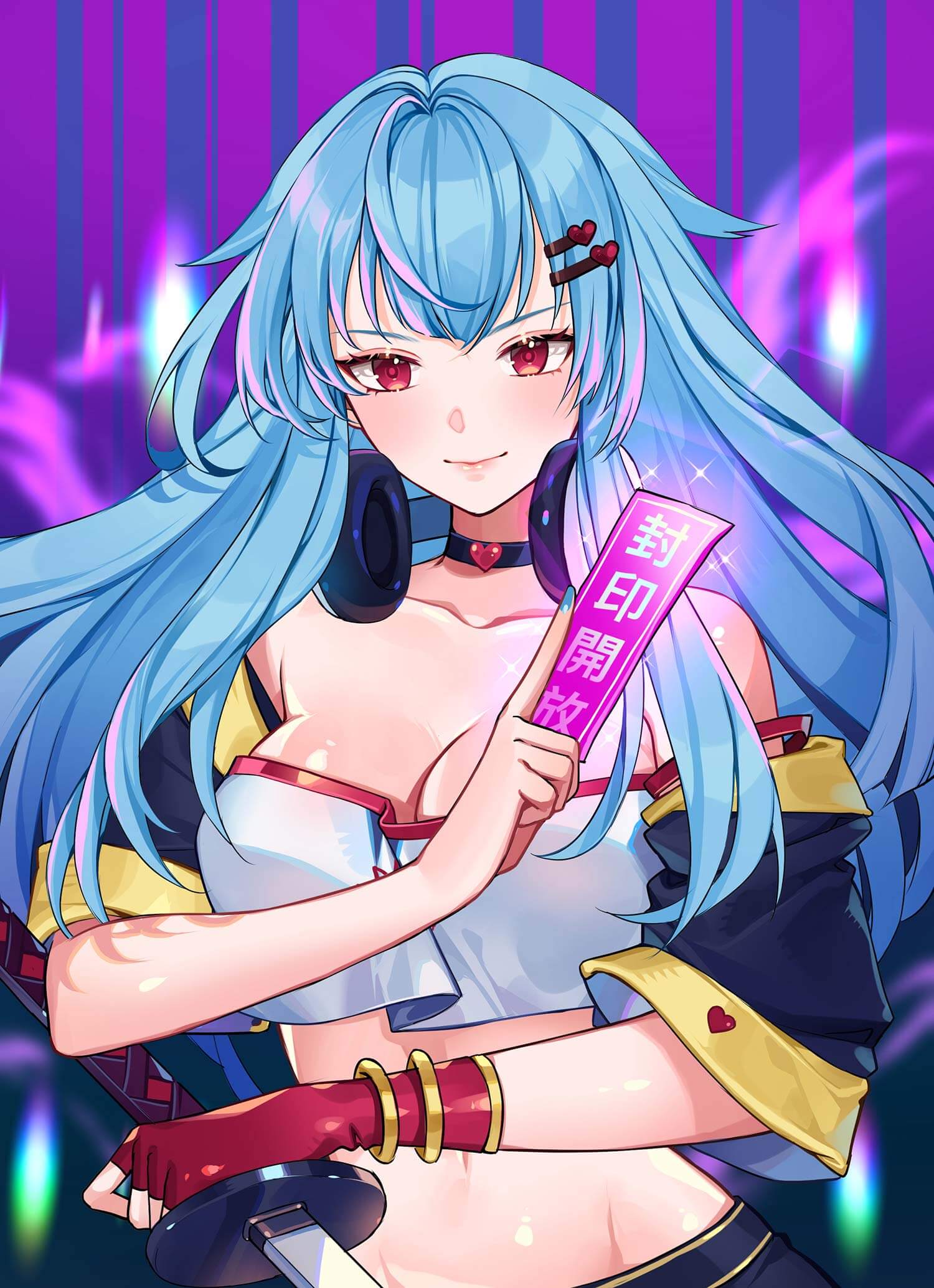 Ok, so I think i have the magic of this figured out but I need feedback

“It’s an abandoned building Riri, what do you expect us to do with the place? Border all the windows shut and sleep on the floor like wild animals? No thank you.”

“Relax Melodie, I’m sure she has a plan… You do have a plan right?”

Ignoring her comrades, Ririsu wandered down the entrance way, deep into the heart of the building. Her eyes glazed over, her movements jerky and robotic.

A bright blue light began to flash as Ririsu pulled a thin paper talisman from her sword’s sheath, several similar ones already decorating the passageways and doorways of the building.

Holding the talisman out before her, Ririsu made one final chant before falling down as the talisman burned up, along with the rest on the walls.

The girls swarmed around their fallen, now sleeping, friend. They laid her on the ground softly, watching the changes happen around them.

A slow energy creeped across the floor, cleaning it and changing it. Cracked concrete became wooden floorboards. Shattered walls regrew as whole and painted. Glass melted into the windows, polished and framed.

In a small breath, Ririsu spoke once more in a slow and forced voice. 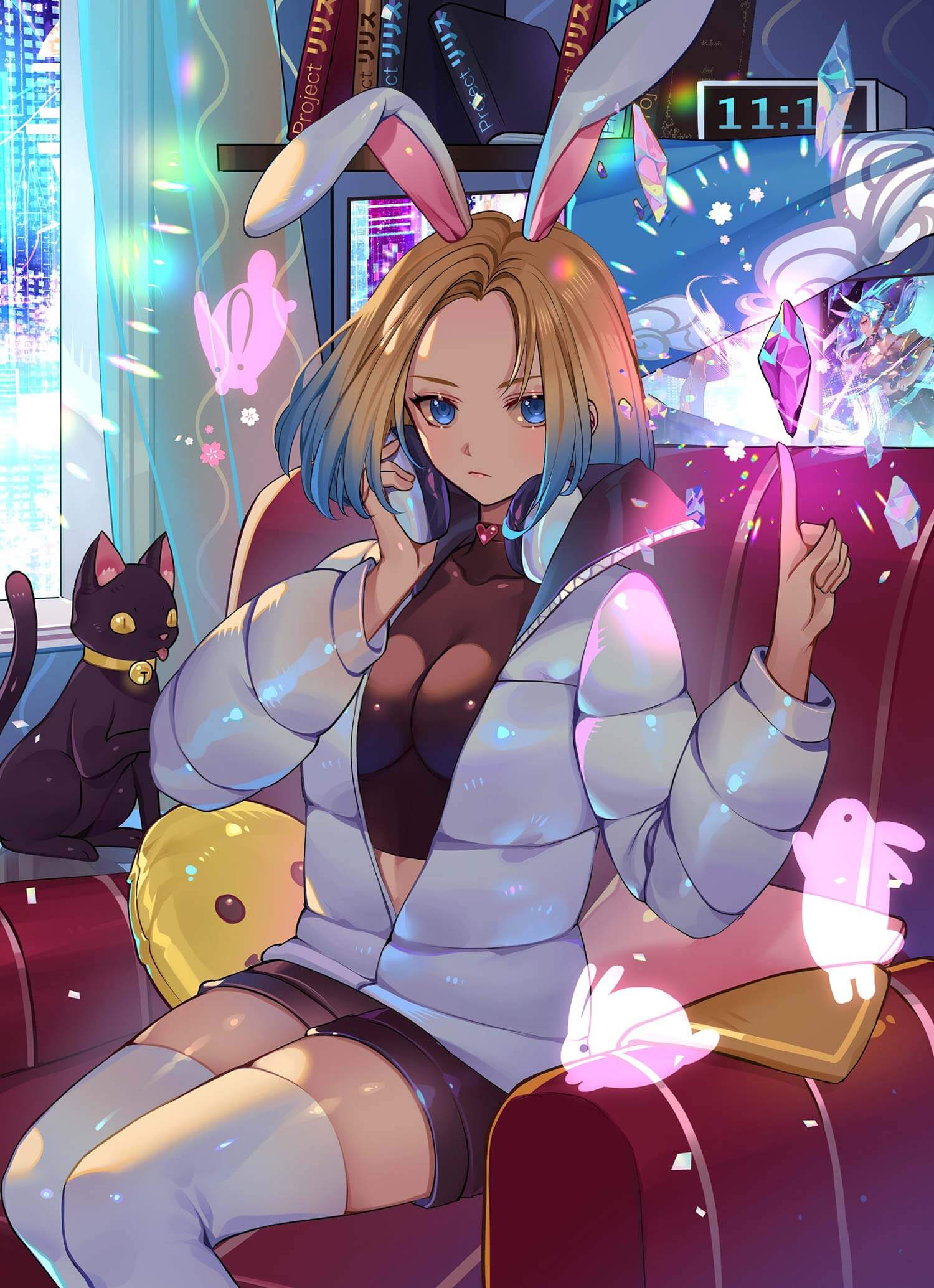 “Breathe deep now, focus. Close your eyes and breathe in on my count.”

Using the Virtus Lapis, Shizune telepathically connects to the young girl before her, forming a temporary mental link.

“Breathe in, slowly letting the sensation of our connections spread across your body. From your head to your shoulders, arms and hands. Feel it flow down your chest and to your legs, your feet, your toes. Let the sensation embody you, channel through you.”

The girl, breathing in, shivered slightly as her fingers and toes curled, the energy spreading towards them.

“And now breathe out, the sensation established. Hold this feeling, remember it well. This is what it means to channel energy, at least the first step.”

“I see. But… how do I continue this when you’re gone Shizune?”

The girl opened her eyes, looking up at Shizune from her seated position. Still shivering as she felt the energy remain while the telepathic connection stopped.

“You’ll find this energy when doing the things that embody who you really are. Only by accepting yourself, your power, will you be able to grow stronger. But be warned dear, I’ve seen a few girls try to harvest their own Aeon, their own strength. Use too much at once, and…”

Shizune stopped to think, remembering the scene she encountered once before. Another succubus, in trying to protect herself, used too much of her Aeon

Rubbing the spot on her outfit where the splatter reached, still leaving a mental imprint, Shizune resumed the conversation.

“Let's just say, it's not something you want to discover. Channel as much Aeon as you need, but use it sparingly. What we have is a gift that shouldn’t be abused or taken lightly, even by ourselves.”

The girl simply nodded, wondering what was meant by it as Shizune headed to the door.

“Well then, I need to go find a certain succubi. Stay safe, and… practice channeling energy through yourself as much as possible. Accept this new side of you, and you’ll grow stronger.”

Without another word, Shizne set off once more. This time, heading to Japan.

Project Ririsu! is nothing without our outstanding community. Come join us and learn more about our project, the future and the team behind it. 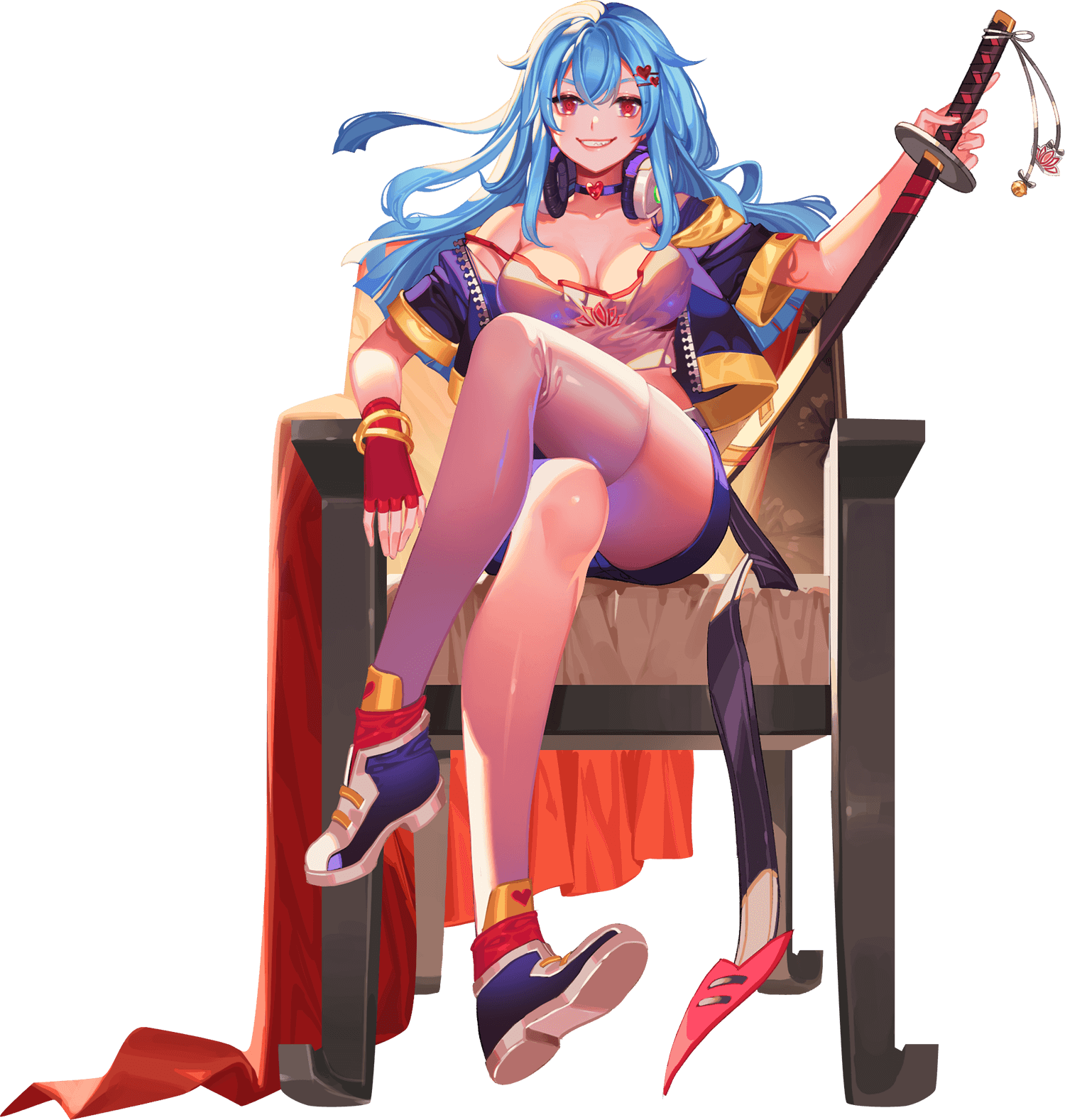 Copyright © Project Ririsu! All Rights Reserved
Email us at: support@ririsu.io